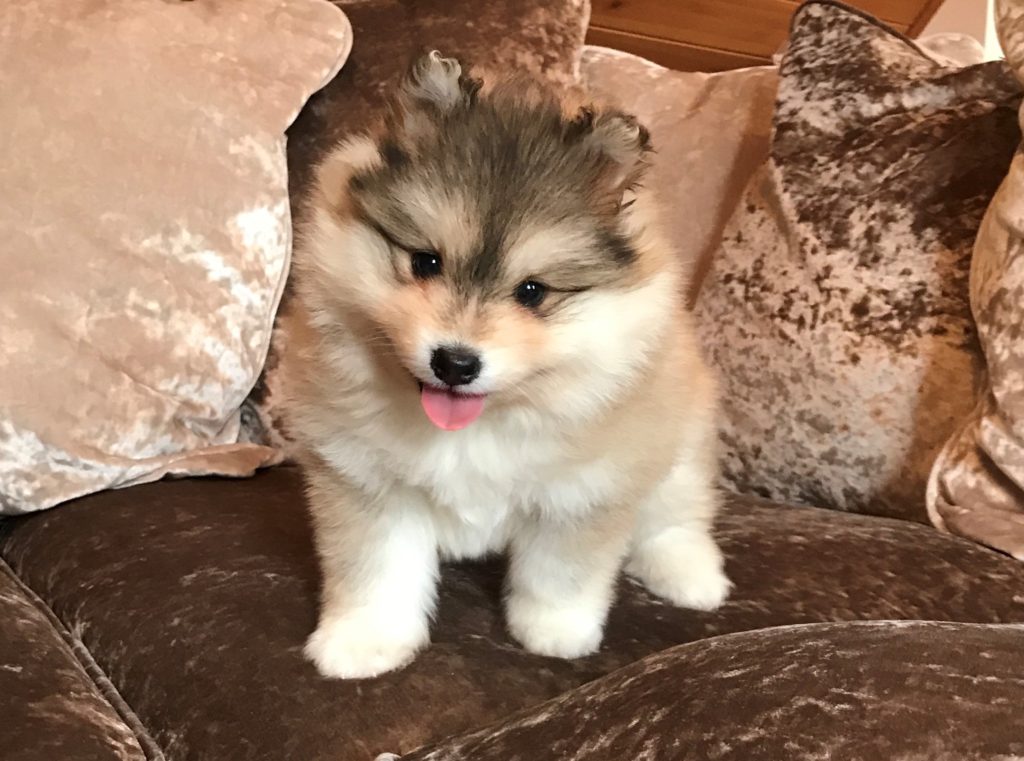 Training your Pomsky, Chowski or Shiba Inu Puppy to its new home environment...

Toilet training Teaching your dog to ‘go’ in all the right places, sometimes house training a puppy or newly adopted dog can seem difficult and be very frustrating. However, many puppies and dogs can be house trained in around two weeks, as long as you stick to the following rules.

How? – the basics
• First of all, find somewhere that you can confine your dog where you don’t mind ‘accidents’ happening but this is only for times when you cannot supervise him during training. This could be an indoor kennel or an area penned off in the kitchen. It should be somewhere that he will still feel part of the family. This has to be a relatively small area, which will discourage him from going to the toilet there. Place his bedding and water in his safe area and also use this space to feed him in.

Make it easy for them
• Do take your puppy outside as often as possible to give him the chance to toilet in the right place. Do not leave him unattended in his safe area for hours on end.
• By rewarding your dog at the right time and ignoring mistakes, your dog will soon get the idea and be ‘accident’ free in no time at all.

What if accidents happen?
• Make sure that you remove any smells left by accidents by cleaning these areas with a solution of one-part biological washing powder with four parts water, or a purpose made cleaner from the pet shop. This will take away any smells and stains. Make sure that you do not use cleaning products that contain ammonia as this smells like urine to dogs and will encourage them to use the same spot again and again.

Play biting is a common, natural behaviour seen in puppies usually from teething, but it can hurt and if encouraged can cause behavioural problems later in life. It is important that your puppy learns from you what it would normally learn from its litter mates and other dogs, that biting hurts and hard biting means that all the games stop.

It may also be helpful to teach your puppy to stop play biting on command. By giving a command such as ‘Enough’ as the pet is biting. If it stops then the puppy should be rewarded. If it continues biting the command should be given again but loud enough that the puppy backs away but is not frightened. Eventually the puppy will stop biting on command. And the teething Phase will end.
For these techniques to work it is important that all members of the family are consistent in their response and that punishment is not used as this is not the way and just confuses your pet, making them anxious and slowing learning.

Our puppies have fantastic temperaments but some of our puppies will play bite from teething to relive the pain. It is necessary that all the above is listened to during this stage and not to condone it. 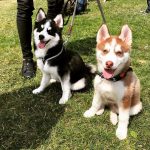 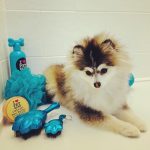 HOW OFTEN SHOULD I BATHE MY PUPPY? 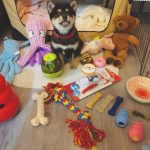 PREPARING FOR YOUR PUPPY